Dr. Tim Cowan is a recent graduate from the University of Western States in Portland, OR where he obtained his Doctorate of Chiropractic. Before that, he graduated from Northern Arizona University in Flagstaff, AZ with a bachelor of science in Exercise Science. In Arizona he worked with Olympic and professional athletes as an intern. Arizona is where Dr. Cowan discovered the power of chiropractic medicine after suffering from chronic low back and knee pain that started when he became a powerlifter. He obtained a Junior Men’s state record for the squat and was victorious in 2 of his junior powerlifting competitions. After becoming pain-free in less than a month of chiropractic, he made the decision to become a chiropractor and help people the same way his chiropractor helped him. He was born and raised in Bozeman, MT. He then went to high school in Sheridan, WY where he became a regional champion in wrestling his senior year after only winning one match his Freshman year. After living in the desert and the pacific northwest, he made the decision to move back to the Rocky Mountains directly after graduate school where he joined the team here at Square One Health.

Dr. Cowan will be completing his Basic Chiropractic BioPhysics (CBP) certification in Idaho in September of 2022. He has been trained in Motion Palpation. He has training in Dynamic Neuromuscular Stabilization (DNS) and is on the path to becoming a certified DNS rehab practitioner. He is also currently working towards his Diplomate in Function Neurology and is in his first year of the Carrick Clinical Neuroscience Program. Dr. Cowan is an extremely confident diversified adjuster and is extremely proficient in extremity adjustments. He values the importance of and is very knowledgeable in active rehabilitation.

In his free time, Dr. Cowan enjoys spending time outside with his German Shepard named Titan. He is an avid rock climber, fly fisherman, frisbee golfer/golfer, hiker, and backpacker. There isn’t a weekend where you can’t find him on the mountain, at the river, or in the gym. 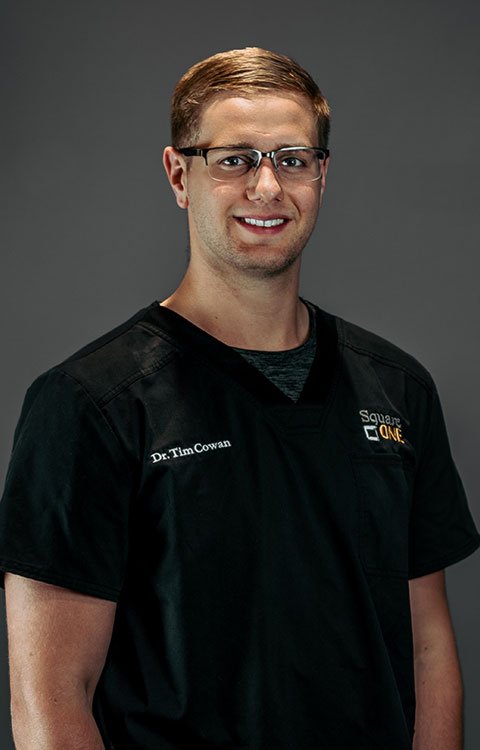